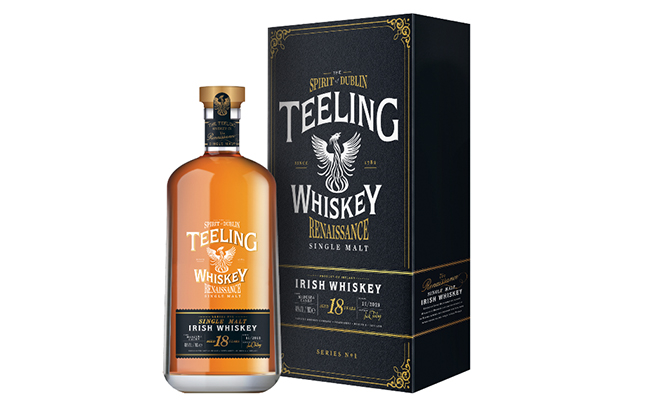 We announced it a while back, but special series 1st edition is now available.

I popped open a bottle and it didn’t dissappoint. Teeling seldom does in my opinion. Already looking forward to the 2nd edition.

To celebrate the rebirth and beginning of a new chapter in Irish Whiskey’s new Golden Era, Teeling Whiskey is proud to release the Teeling Renaissance, a limited series of Single Malt bottlings, celebrating the very best Teeling Whiskey has to offer.

The Renaissance Series 1 consists of 18 Year Old Single Malt initially matured in Ex-Bourbon casks before receiving an additional 18 months of maturation in Ex-Madeira casks. Its the first limited edition bottling in the Renaissance series, limited to 9,000 bottles, bottled at 46% with no chill filtration.

Taste: silky richness accompanied by toffee apple, dried fruits and rosewater notes with cinnamon and clove spice on the tongue.

Finish: dry finish, with a return of the spices and hints of maraschino cherry.