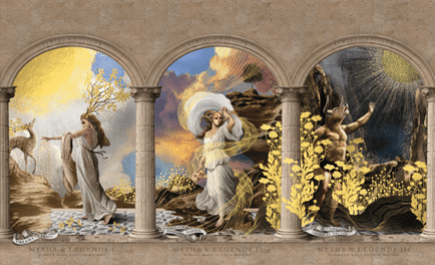 I was sceptical when these released. Especially the price set me off at first. In November 2019 I tried these at Spirits in the Sky, Brussels, and I was really impressed. These are the FIRST Single Malts ever released by Compass Box and I must say they are worth trying.

Compass Box introduces the Myths & Legends trinity like this:

Scotch whisky has a rich array of stories, myths and legends. However, what start as myths can become received wisdom, influencing our understanding and restricting our enjoyment. We have deployed blending to challenge assumptions, biases and prejudices concerning Scotch in this limited edition series we call Myths & Legends.

It may surprise some, but blending is as crucial to the creation of single malts as it is to blended whisky. Myths & Legends I highlights the extent to which individual casks are often unreliable authorities for the style of whisky made at a distillery; it is by blending casks together that a fuller picture of distillery character can emerge.