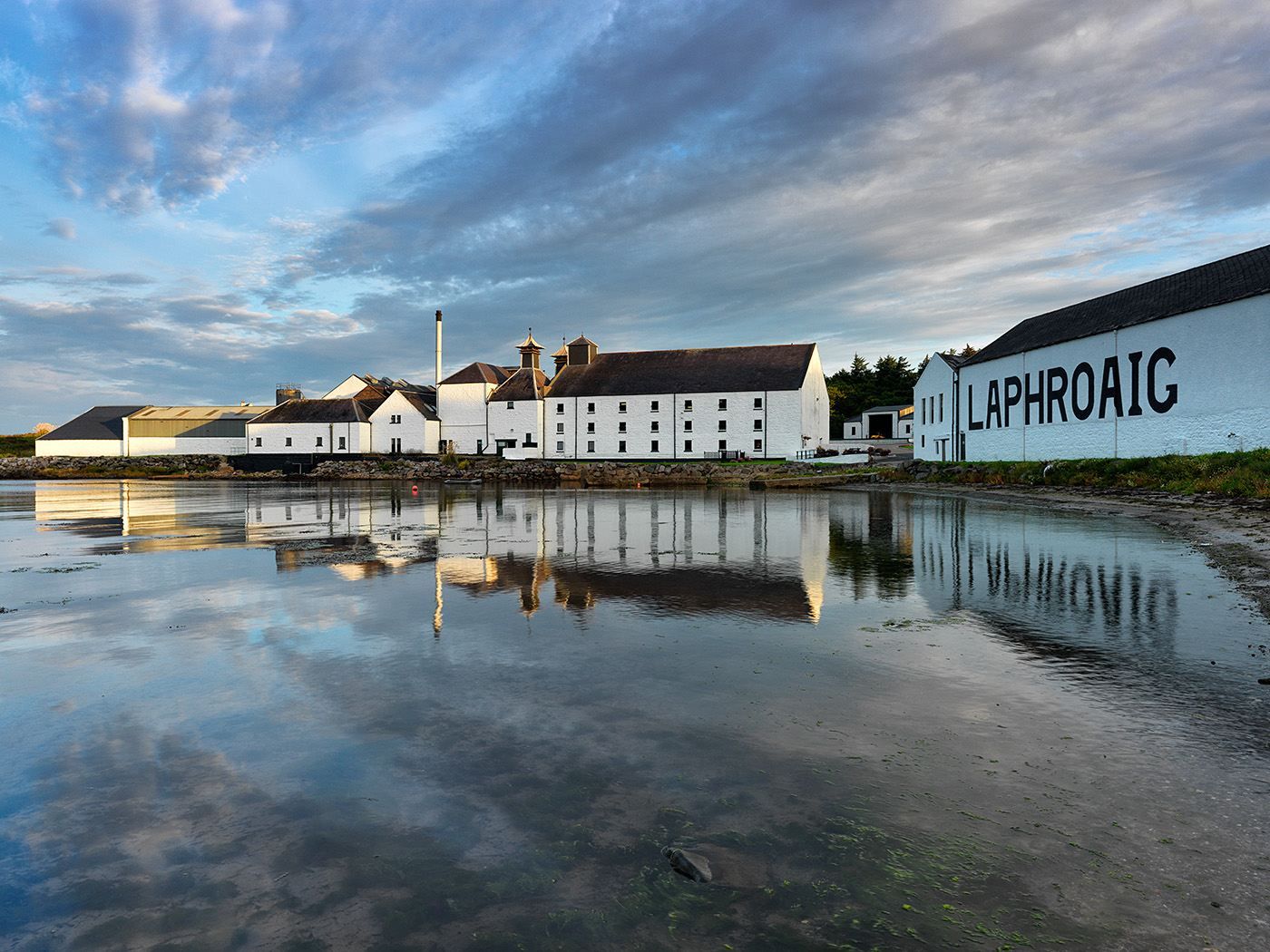 Laphroaig Distillery is beautifully situated in the south of Islay and is one of the three “Kildalton Distilleries”. The Gaelic name means “the beautiful hollow by the broad bay”.

In 1994 the Friends of Laphroaig Club was established, members of which are granted a lifetime lease of one square foot (<0.1 m²) of land on the island of Islay. The annual rent is a dram of Laphroaig which can be obtained upon visiting the distillery where you can also visit your plot of land. In spring 2013 there were already more than 600,000 friends of Laphroaig worldwide.