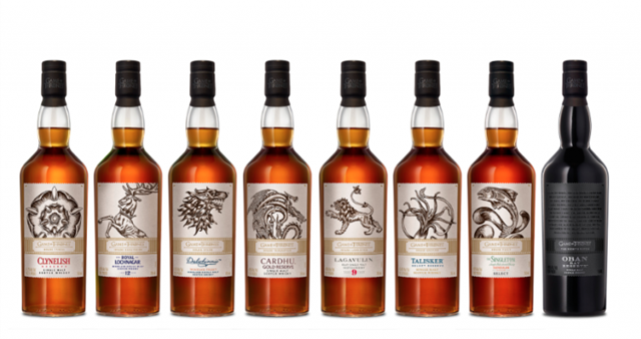 Winter is coming and along with it the long expected, limited series GAME OF THRONES with following brands Dalwhinnie, Oban, Talisker, Lagavulin, Royal Lochnagar, The Singleton of Glendullan, Clynelish en Cardhu.

Games of Thrones was released in 2012 andhas grown into a serie that has been watched in no less than 173 different contries, which is an absolute record.

In April season 8 will be released, even before the last book has been finished. Diageo will release 8 whiskies dedicated to the different houses.

You can preorder, but allocation will be depending on the stock I will be able to get my hands on. As you can expect it will be very collectable and sought after.

I will only sell per serie, not per bottle. I also, as usual, a first come first serve policy.